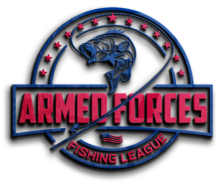 Nobody does more for veterans than other veterans.  Our organization exists for the purpose of reconnecting our Servicemembers, DOD Contractors, and First Responders with each other and rekindling the bonds created while serving.  We want to empower our members by introducing them to various resources, benefits, and programs that they may have not been aware of.  We will support other veteran organizations by continuously donating to them throughout the year from a portion of every entry fee, from every team, into each and every event throughout the nation.

We are a team of currently serving and prior service members of the U.S. Military who are here to positively impact the lives of veterans and to reconnect our warriors through camaraderie and competition. We understand the disconnect a lot of servicemembers feel after separation and trying to reintegrate back into some sort of normality. We want to create new friendships, connect our veterans to various resources, and provide an outlet for our currently serving and prior service members to enjoy the outdoors while competing against each other in bass fishing tournaments around the country.

Our United States servicemembers are competitive by nature. Good, you’re going to need it. While introducing our members to the healing powers of the outdoors, we are launching a nationwide competitive bass fishing tournament trail that is designed to create a positive impact on our Military Members, DOD contractors, and First Responders lives around the nation.

We are going to branch out and create a national level, competitive bass fishing tournament series built by, run by and comprised of U.S. Servicemembers, DOD Contractors, and First Responders both past and present. While doing this, we will be giving back to those who have given so much to us by donating to various veteran organizations throughout the country. We want to shed light on the hidden battle of PTSD while providing the outlet of being outdoors, building new friendships and connecting our warriors with various resources that they may not have known existed.

In 2005 I joined the New Hampshire Army National Guard as an MP with the hopes of deploying in defense of my country. The opportunity presented itself in 2007 when I deployed to eastern Baghdad, Iraq. Our mission was to conduct PTT (Police Transitioning Team) operations. We were assigned to a small police station and trained the local Iraqi Police officers. We conducted mounted and dismounted patrols throughout the AO that the police were responsible for. After coming home, I found myself in the same battle as many veterans. Trying to adapt to civilian life was extremely difficult. I turned to the outdoors. In 2016 Ben Courchesne took me to my first bass fishing tournament and that sealed the deal for me. I wanted to create something that I could share what I found peace in and to connect with the people I found myself to be most at home with. I look forward to sharing this through the Armed Forces Fishing League.

I served 9 years as a Military Police Officer. I was deployed to Afghanistan in 2013 in support of Operation Enduring Freedom. I am currently employed as a software engineer for a major cooking publication in Boston, MA and I have co-founded a popular beer rating app called nubeer. I am married with four kids and in my spare time, I like to fly fish and help veterans get what they have earned and deserve. I am eager to see the Armed Forces Fishing league grow into a national level organization.

I enlisted into the New Hampshire Army National Guard as a Military Police officer in 2008 and am still currently serving as a recruiter. I remember fishing before I could walk, sitting on my grandmother's lap, on her dock outside of Fort Ticonderoga on Lake Champlain. Since then I've always had that itch to get the next bite. It didn't matter what was on the other end. In 2014, after my year long deployment to Afghanistan, I got into tournament fishing for bass. I found a sense of therapy in it. It was more than just competing, it was the camaraderie, the stories, and the laughs at each tournament. After fishing different trails across the country, I'm excited to fish with people who have been in the same boots I have, and I am hopeful for the future of the Armed Forces Fishing League.

Menu
We are a competitive bass fishing tournament series, created solely for all actively serving military and veterans. Contact us to learn more!

We are a competitive bass fishing tournament series, created solely for all actively serving military and veterans. Contact us to learn more!

We are a competitive bass fishing tournament series, created for all Service Members, DOD Contractors, and First Responders of the past and present. Contact us to learn more!